Two weeks along the Afghan border

One morning I struck off on my own to spend two weeks travelling along the Tajik-Afghan border. The border lies in the autonomous province of Badakhshan, a restricted zone abandoned by the government, where the eastern tail of the Himalayas curls up among Tajikistan, Afghanistan, Pakistan and China. Hitchhiking through one of the most remote regions in Central Asia, I relied on the legendary hospitality of the Pamiris, a people forgotten by culture and history, isolated by politics and geography. 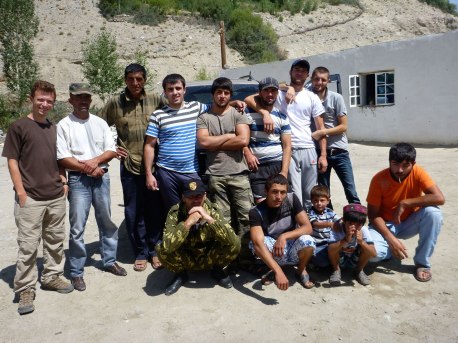 The main problem with hitchhiking in the Pamirs is that there is hardly any traffic. After being unceremoniously dumped in Ishkashim, I spent an afternoon by the roadside waiting for cars. With any offer of a lift, I had to balance my urgent desire to head east against the risk of being dropped off somewhere even more remote. My lift from Ishkashim stopped short in Vrang, at the southernmost point of the Tajikistan’s natural border along the River Panj, which dips into Afghanistan like a rollercoaster. Night was falling, Wakhan Afghan to the east, west and south, and I was preparing to bed down by the road when a shiny 4×4 sped past with music blaring. It came to a dusty halt and reversed: a blacked-out window slid open. The car was packed with young guys, smoking and drinking. They offered me a lift in return for my watch. I laughed at the joke (at least, I hoped it was a joke) and squeezed in. The lads were students from Khorugh, appartently rather wealthy, visiting family for Eid. We paraded boisterously around their relatives’ homes, eating meal after meal of sweets, nuts, raisins, non bread, oily plov. They were drinking heavily and decided I was a spy. We spent a night bonding at the communal long-drop and sleeping off all that dinner. In the morning I decided to bid them farewell. We took this boyband shot and they sped off towards Murghab. 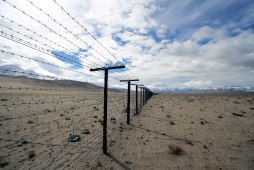 We drove with the car bonnet up, pausing at the top of each pass to pour water over the spluttering Jeep as we made our way towards one of the world’s highest border crossings. We descended from the driving snow onto a broad plane and spotted the Tajik-Chinese border fence disappearing to infinity. I threw a rock at China for good measure. 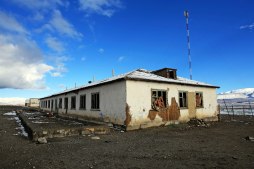 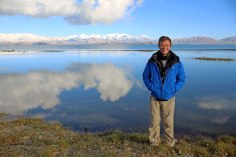 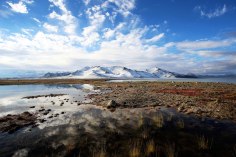 Somehow I left Murghab in a forty year old Soviet Jeep with three Japanese backpackers and a sullen, chainsmoking Kygryz driver. The Japanese had studied in Salamanca and we swapped obscenities in Spanish on the back seat as the car tore itself to pieces. We arrived late at Karakol, a brooding, snow-covered town abandoned by the Soviets, and slept with a family. The next morning, too cold to sleep, we woke for a walk around the stunning lake. 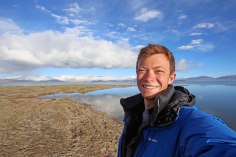 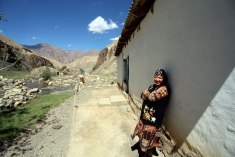 I left the hostel with a tin of sardines to spend a night in the mountains. The next morning, as I turned back for Murghab, an old minibus flagged me down on the dirt track. Some tourists were going to a hot spring and I joined them. Far into the mountains we found the road washed away and waded against a river for an hour or two to reach the springs. A woman lived here with her daughter in extreme isolation. By her bungalow were two ruined greenhouses, built by the Soviets with East German aid. Did the woman want the greenhouses fixed? No, she replied: she wanted a road. The site had been almost inaccessible since flooding four years ago. We bathed in the hot spring and I went further up the river to stand, naked, in the freezing water. 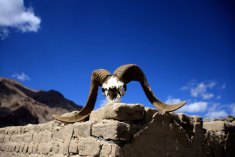 The Marco Polo sheep is an icon of Badakhshan and its skull sits everywhere like a talisman. 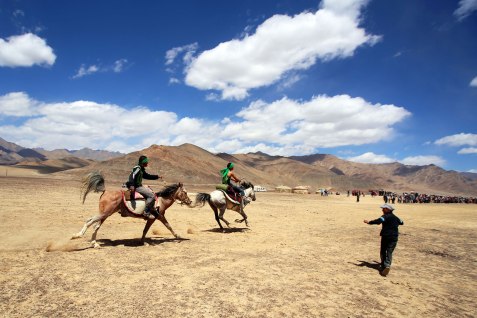 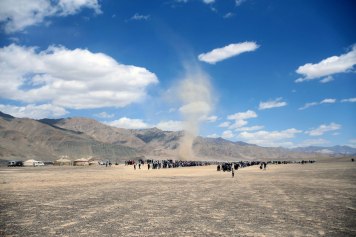 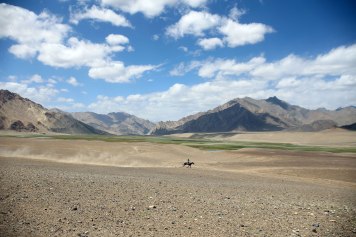 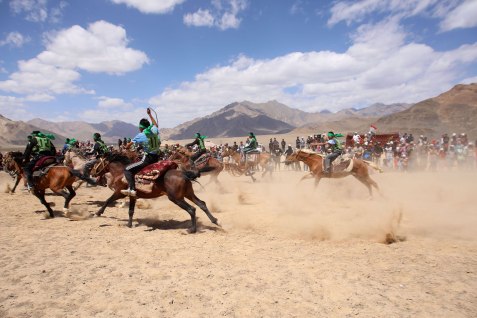 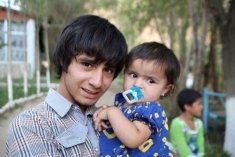 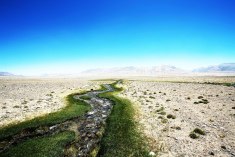 It took me three days to find a lift to Alichur, a stunningly remote settlement where my dusty Wakhan route intersected with the main tourist highway (tarmac was a godsend!). I found a chilly homestay and sat drinking tea with some Tajik tourists from Dushanbe. Soon they decided I was a government geologist and began to accuse me of espionage so escaped into the breathtakingly empty village, where a few wind-scoured desert compounds and yurts dotted the hard earth. I met the village doctor in his tiny clinic, funded by the Aga Khan Foundation which has rebuilt most of the Pamirs since the civil war. He said that the altitude was difficult for the elderly. He took me to his home and excitedly explained his plans for a side-show in tourism (and would I tell all my friends about his yurt?). Later I walked for hours across the plain and found this stream running down from the hills.

Grubby truckers stopped at this canteen outside Alichur to eat frankfurters and boiled eggs before pushing on towards Murghab or Khorog. One of these lumbering old Kamaz trucks – now being superseded by Chinese-built lorries hurtling through the newly-opened border crossing from Xinjiang – was my lift to Murghab. The driver barely spoke as his truck rattled itself to pieces on the worn tarmac.

It was a real relief to reach Murghab in time – not only did it seem more likely that I’d reach the border before my visa expired, but I found other travellers and could finally speak in English again.

Murghab is in Tajikistan but most of its citizens are ethnically Kyrgyz. (The Central Asian borders drawn after the fall of the USSR seem like a very bad joke.) The Kyrgyz share the rosy cheeks and taste for felt hats of the Kazakhs and Mongolians, in stark contrast to the fair skin and delicately features of the Pamiris. I heard about a festival of equine sport outside the town. The setting was stunning but the event rather miserable. American tourists poked through the crowds with binoculars and the horsemen looked unfit and uneasy, like the last speakers of a dying language. It was sad to see such a rich culture slipping from their grasp.