The quiet side of Bali

My father remembers visiting Bali in the 1970s, before the era of package holidays and all-inclusive resorts, when the island was a paradise of perfect beaches and exotic temples. Despite becoming a hectic crossroads on the South-East Asian tourist circuit, the island has not lost its mystic charm – but you do need to know where to look.

Bali is a place of great contrasts. In the south of the island at Kuta, drunk Australian teens roam the streets at night. Yet on the island’s quiet northern shores, lush jungle spills onto black volcanic beaches and the sound of crickets fills the air at dusk.

Unlike most Indonesians, the Balinese are not Muslim, their religion a mystical blend of Hinduism and animism. This ritual forms a very real part of Balinese life. Shrines carved from volcanic rock stand beside almost every house, adorned with garlands and offerings of fruit. In temple towns like Ubud, beyond the spa resorts, the streets are filled with austere processions and the air is thick with incense. Easily forgotten, too, is the richness of Balinese culture – although that discordant gamelan music is not much better than the club tunes in Skygarden.

I flew to Bali straight from the luxury of Singapore and decided on a whim to join my friends Rupert and Jonny in a village called Munduk, perched on the side of a volcano. I made the chilly drive at dusk and glimpsed volcanic lakes nestled among steep green slopes before everything went black and there was just chilly fog and hairpin bends. A roadside cafe advertised kopi luwak – the famous civet coffee – and inside I found a few miserable caged civet cats and had a glass of the thick, malty brew. The coffee tasted fine but I couldn’t discern any magical effect of the civet’s gut (other than the crazy price). 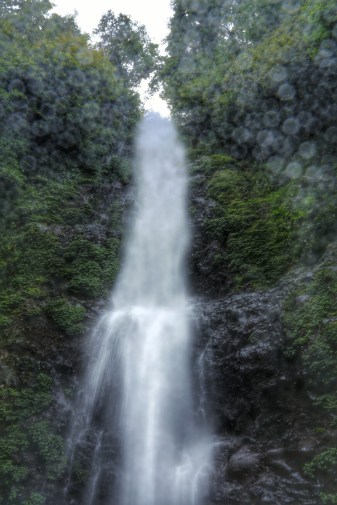 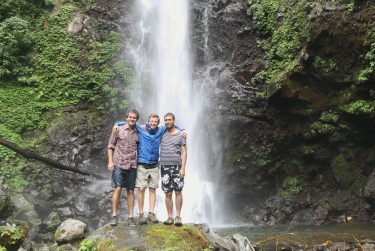 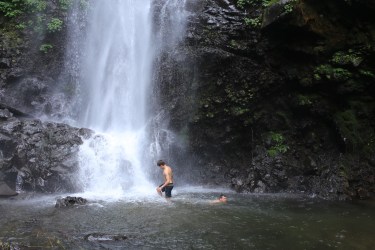 Afterwards we drove to Tulamben, a relaxed dive resort that spreads along the volcanic beaches in the shadow of Mt Agung, Bali’s greatest volcano. In 1963, the USAT Liberty, a WWII transport vessel which had been beached after a Japanese attack, was swept into the sea when Agung erupted. Its tangled remains are on the seabed at 30m and, richly covered in marine life, the wreck has become a Mecca for divers and freedivers. My friends dived the wreck, setting off at daybreak to beat the crowds, while I was stuck at the surface. By midday, the hordes of day-tripping divers had turned the wreck into an underwater Grand Central Station.

We stayed with Nik, an lively Australian diving friend, and spent our days exploring the beautiful surroundings, passing from tropical sun to heavy rain each time we rode our mopeds up the treacherous mountain tracks. One day we almost reached Besakih, the Balinese ‘mother temple’ that sits high on a volcanic crater rim, but turned back when we learnt that cheap tires and steep wet corners don’t mix. Fortunately Nik is a nurse! 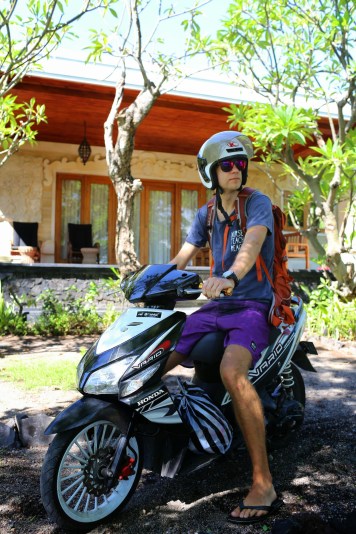 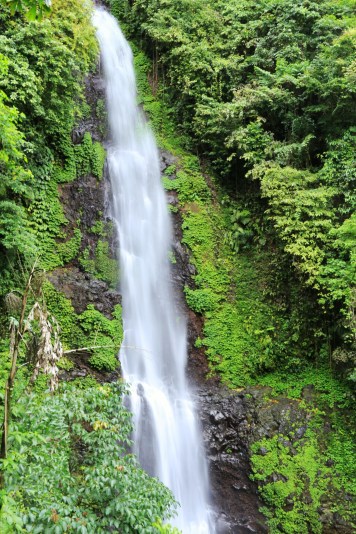 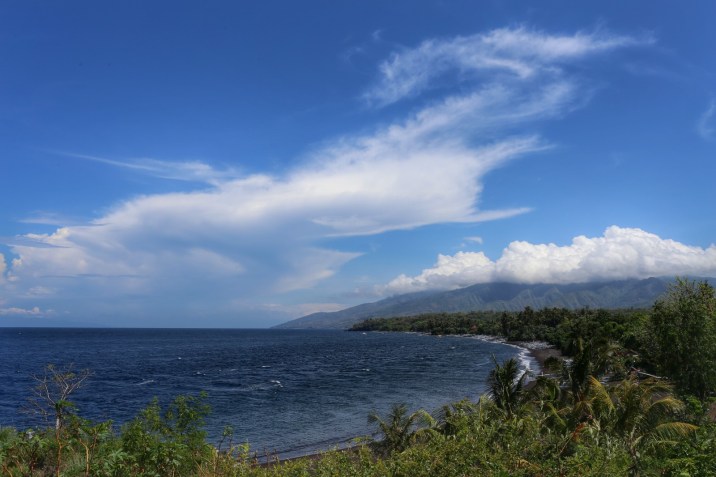 One morning I watched Nik freediving on the Liberty, gracefully soaring through swimthroughs and portholes in just fins, a wetsuit and weights. Unlike recreational scuba, freediving demands impressive mental conditioning. Yet the dengue doctor’s orders were that I must remain on dry land, so I turned my back on the tropics and joined Jonny to fly south to Melbourne.