Canberra is famous as a place of exile. At the turn of the 20th century, fledgling Australia needed an capital city. Melbourne and Sydney, both booming colonial outposts, were the natural choices but the authorities were torn between the two. Keen to avoid an argument, someone had the bright idea of building a city from  scratch, in the middle of nowhere, miles from the coast and hours from both Sydney and Melbourne. From bad beginnings, things were only to grow worse.

For many years, Canberra was the world’s most miserable compromise. Surrounded by farmland in a damp mountain depression, no one was quite sure what to do with it and even the politicians it was built for were reluctant  to live there. The city’s initiation was something of a farce: its name derives from a native word describing a woman’s breasts (really) and the lead planner, Walter Burley Griffin, was chosen more or less by default and then promptly fired before the city was complete.

I visited Canberra with the same morbid curiosity that makes people stare at car crashes or eat scorpions. But I also saw it as a chance to escape the Australian tourist vortex and go somewhere that most people don’t. In any case, surely the city couldn’t be as bad as everyone said. 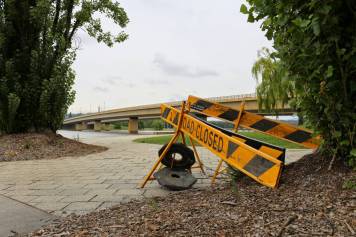 One of only two bridges crossing enormous Lake Griffin, one of the most pointless holes ever dug in the ground. 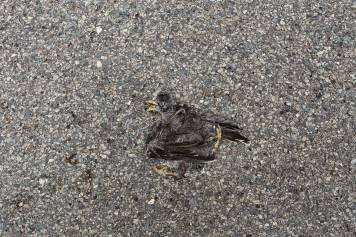 Canberra will do this to you.

A peculiar kind of hell

On my first morning  in town, I decided to walk across town to the Parliament complex. The city is laid out in a peculiarly sadistic series of concentric roundabouts that resembles a hellish pattern of crop circles. Perhaps Kylie Minogue wrote Spinning Around to stave off insanity while navigating the suburbs. Buses circle for hours before eventually reaching the centre – or at least they would if the city actually had a centre, because in its place is a preposterously large lake that separates the crushingly boring civic centre from the comatose commercial district. 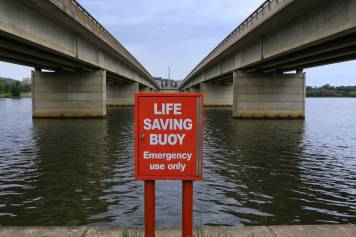 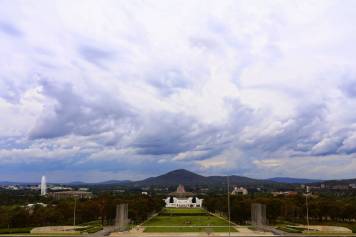 I was barely halfway across one of the two bridges that span the lake when I lost the will to live: there were so few people around that I didn’t even know where to turn for help. Canberra’s key failure is that it has too much space. Unlike most cities, where business and pleasure and transport all vye for space and people jostle on the pavements, Canberra’s streets are exhaustingly extended and the parks so huge that you become weak at the knees and search for a bench, to find only tumbleweed and lonely cockatoos.

My one tip for you if you ever go to Canberra is don’t leave your hotel without a good map, a compaass, several days’ provisions and a mobile phone with the number of a rescue service. — Bill Bryson, Down Under

The Parliament building itself is remarkably ugly,  with a strange metal spire pointing to the sky over a heavy concrete bunker. Much more attractive was the Old Parliament building which, like its successor, has two houses very similar to their British equivalents but also a fascinating  museum on the history of Australian democracy and the fate of the Aborigines. Near the Old Parliament, overlooking the ludicrously long road to the city’s war memorial, is the Aboriginal Tent Embassy, a frequent site of protests for Aboriginal rights. 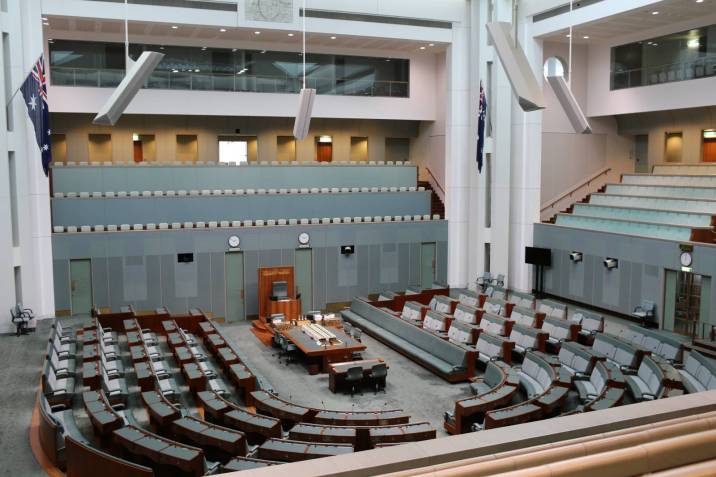 The Australian Parliament’s lower house, the House of Representatives. Apparently the seats are a different shade of green to those in the House of Commons to represent Australia’s political independence from the UK. No comment.

To its credit, the city did come alive at night. Then all the civil servants journeyed across the lake to fill the burgeoning hipster bars and lively clubs. People were warm and friendly, even more so than elsewhere in Australia, and keen to prove that Canberra was shaking off its terrible reputation. But I shan’t be hurrying back. I left the sorry city behind and boarded a coach to sunny Sydney.