The east coast of Australia stretches north from Sydney in a series of beautiful beaches and renowned resorts, from New South Wales to Queensland, all the way to the Great Barrier Reef near Cairns and beyond to desolate Cape York, just across the ocean from Papua New Guinea.

But the coast is also home to one of the world’s great tourist circuses, an inexorable flow of people that sweeps you like a conveyor belt from city to city, hostel to hostel. Everywhere you look are tourists with backpacks on their backs, backpacks on their fronts, wheely bags, travel pillows, camper vans, coach passes, GoPros, souvenir boomerangs and dull stories about finding themselves in Asia.

Australia’s appeal does not lie in its human culture, especially not in the country’s sparsely populated tropical north. This is just as well, because the overbearing tourist culture makes it a real challenge to escape the hoardes and met the locals. A world of package tours and discount hostels sucks you in like a vortex, making decisions for  you, forcing you to follow the crowds to the next must-see spot.

The east coast is certainly worthy of its popularity – its combined offering of remarkable landscapes and persistently good weather is probably unique – but it would have been nice to meet more Australians and fewer European teens. One English girl in a hostel told me that, after 18 months in Australia, the only Australian she had talked to was on Tinder. (I am fairly  sure that is more of a reflection on her than on anything else.) Someone else complained to me that everyone talked foreign and apparently in Byron Bay they spike girls’ drinks with liquid nitrogen.

Keen to follow up on the nitrogen scandal, I flew north from Sydney to Byron Bay and found a justifiably touristy haven for surfers, hipsters and families alike, mercifully free of deadly drinks. I arrived there after a horrible night sleeping with cockroaches on the floor of Sydney airport and jumped straight in for the first of several afternoons’ surfing on Byron’s perfect beaches. I ended up riding the waves with three English farmers, a clueless French girl and an Italian mathematician. The diving at Julian Rocks was excellent too: an impressive underwater landscape of gullies and canyons full of leopard and wobbegong sharks. The Arts Factory, home to Inbetweeners 2, was a rather lousy attempt at Woodstock chic but it was fun to follow in the footsteps of the disastrous foursome. 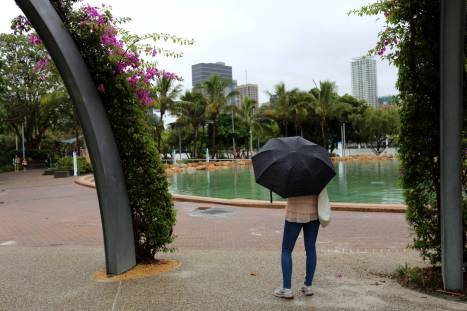 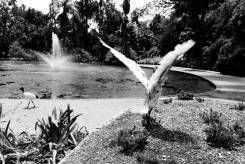 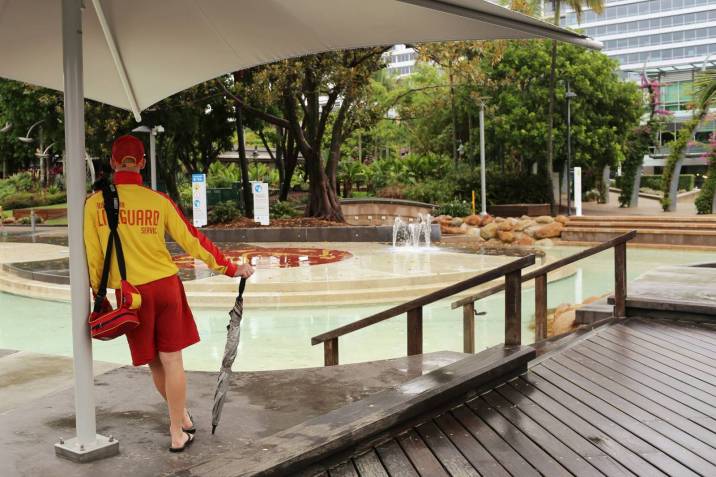 Further north, Brisbane was a happy, outdoorsy place: fresh, unpretentious, at ease; the kind of city where people go for late-night strolls and smile at you in the street. It was one time zone closer to Indonesia and immediately felt more tropical, an impression enhanced by the pouring rain. Brisbane’s history of anti-Chinese race riots was an interesting reflection on how young Australia still is. Not that Australians really care: with gorgeous cities like Brisbane and public beaches in the centre of town, why would they?