Mantas and Dragons in Komodo

I had spent the last few months on Gili Trawangan, a backpackers’ paradise east of Bali, working as a scuba diving instructor. Life moved to the ebb and flow of the tides, the patter of feet on the sand and boats splashing through the water.

The dive sites: Manta Point and others

Seen from the air, the Gili Islands where I had spent six months working were just a row of green pearls in the ocean. 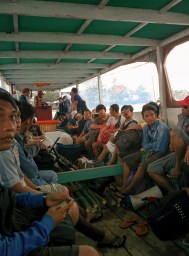 First-class boat travel to the mainland, Lombok, in the Gili Islands
The time had come to leave. A job in the Caribbean was calling and I wanted to explore the more rugged parts of Indonesia. Thor Heyerdahl’s fanciful adventure in Kon-Tiki had left me with plans for a wild adventure involving the Solomon Islands, French Polynesia and onwards to Easter Island: all I knew was that I had to head west.

I booked a flight, certified my final dive group, hunted for the pair of shoes I had last worn a month ago, packed my bag, took the boat to Bali and – still with no shoes – boarded a tiny aeroplane to Komodo.

I had that familiar strange sense of departure as I flew over the Gili Islands. The sea melted directly into a sky such a deep blue that the clouds seemed to be bobbing on the waves, the deep green mountains dripping from the sun. It was thrilling to be flying above the maps I had been studying for so long.

Take the diving, forget the lizards 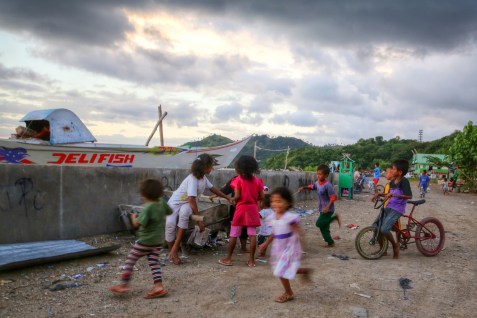 Kids playing in Labuan Bajo as a thunderstorm approaches 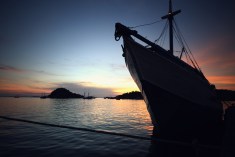 Forgotten cargo in the muddy dock in Labuan Bajo

One dive at Manta Point ranks among my best ever. We descended to 12m in a racing current and were swept at exhilarating speeds over a rubble bottom as graceful manta rays materialised from the blue, circling us before they disappeared again. Marine conservation would be an easier task if only more people experienced the unforgettable thrill of a manta flying overhead. 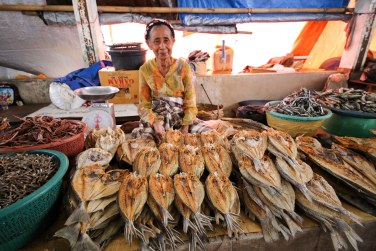 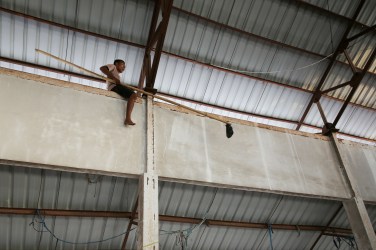 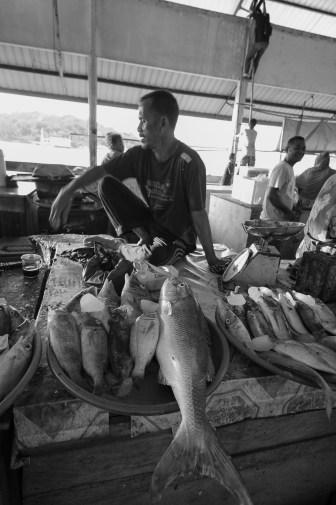 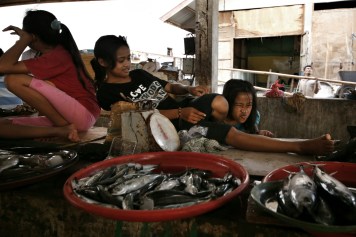 GIrls in the fish market on Labuan Bajo 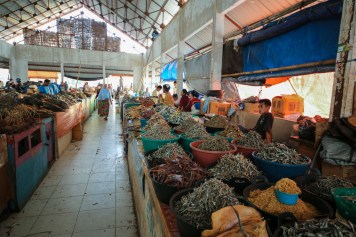 Komodo island was rather disappointing, little more than the typical tired Indonesian tourist trap. A disinterested ranger took us on a short walk through the island but the only dragons we saw were lounging in the shade under the chef’s hut by the gift shop. These squat, powerful lizards were fierce and prehistoric but it was miserable to see them brought low. 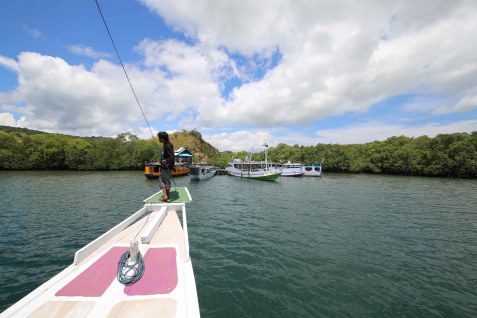 The approach to Komodo National Park 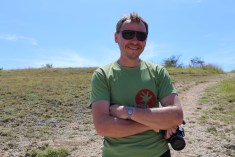 Oleg, my Russian friend in Komodo 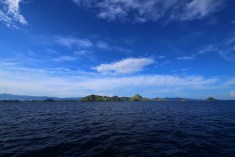 Views of Komodo National Park from the dive boat were excellent 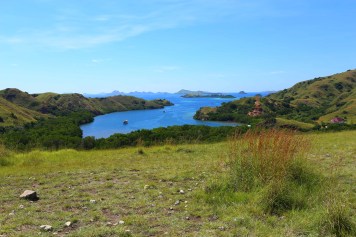 The only adult Komodo dragons I saw on the island were these miserable specimens lying under the chef’s hut in the rangers’ camp. Not exactly an Attenborough experience!

Sadly I didn’t have time to ride to nearby Liang Bua, where the Homo floresiensis fossils were discovered in 2003, or to visit Mount Tambora, the volcano which erupted 200 years ago and hid the sun from Europe for an entire year. Next time!