Across the border: Vanimo, PNG

I stood sweating in a dusty market. The stalls were selling smuggled Indonesian goods. Nearby, outside the only shop in town, people sat on the crowded kerbside chattering in Pidgin English and spitting blood-red streaks of buai into the dirt. Behind me was a road where lorries rumbled in single file into Vanimo, loaded with the giant trunks of jungle trees. 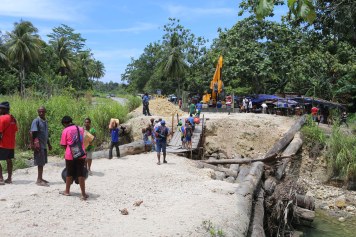 I went into the shop, its entrance flanked by security guards, and found it stocked with jungle boots, knives, beef crackers and tinned fish. Outside, beyond the litter-strewn beach, lay the sparkling Pacific sea.

That morning, I had left Indonesia and headed for the border of one of the strangest countries on earth: Papua New Guinea. After weeks of expectation and excitement, visas and bribes, flights and bike rides, I had strolled across the border and found myself in another world. I had left behind Asia’s rising giant and swapped it for the most mysterious nation in Melanesia. 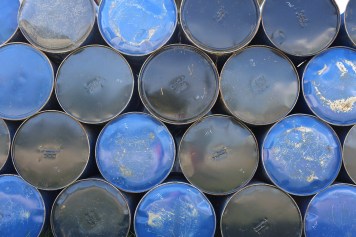 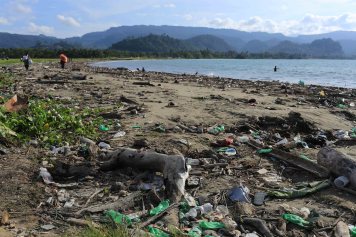 Across the border, the difference was abrupt. People greeted me from the same steamy jungle but these people spoke English and their faces were black. We hurtled away from the border down a steep hill, stopping only so some soldiers in tshirts could slash open a few packages – the only policemen I saw in PNG. Eventually we reached Vanimo, the a grubby border town which revolves around Malaysian logging and Indonesians flogging imported goods.

Indonesian Papua, an outpost inherited from the Dutch, forms the westernmost half of the island. It is remote, undeveloped, ravaged by separatist conflict – but distinctly Indonesian.

But PNG, the eastern half of the island of New Guinea, has a very different history. And what a spectacular history this is: PNG is one of the most ethnically, linguistically and culturally diverse places on earth, encompassing dense jungle and diverse coral reefs, highland forest and alpine tundra and more languages than any other country in the world. PNG is one of the world’s poorest nations yet among the most resource-rich; it is home to cannibalism and colonialism, missionaries and mining; it is one of the wellsprings of human agriculture and the least discovered countries on earth. PNG is the most fascinating country I have ever explored.

Two days in Vanimo: two days too many

I spent the night in an overpriced bedsit hosting a teacher’s convention. Everything in PNG is overpriced. The teachers sat around all day shuffling papers and jotting down minutes.

The next night I found my Couchsurfing host, Mr Wasa, crashing around his hilltop bungalow in search of a belt while he dragged huge bushels of buai through the door. He was a grinning and avuncular man, excited because he had just signed up for his first email address. He showed me a long conversation he was having with a Nigerian priest who wanted a Western Union money transfer. The next day, Mr Wasa guided me through the several hours’ negotiating and waiting that are the necessary preparation for all journeys in PNG. Eventually I found myself on a dubious plastic-hulled ‘banana boat’, skidding over the waves past beautiful deserted beaches as a man at the back held two separate 40hp tiller-steer outboards in the same direction. After four hours, we reached Aitape. Mr Wasa’s wantoks helped me find the nine-hour bus to Wewak, my final stop before the Sepik River. At least, that was the plan. 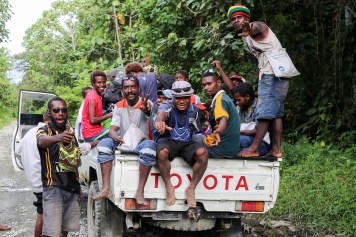