Birds of paradise in Wagu

Jerry was a kind old schoolmaster in Ambunti, a tiny town at the epicentre of the Middle Sepik. With his help, I found a local man willing to take me to Wagu, a village in a lagoon upstream, to see birds of paradise: “Me got one lo liklik schoolboy wan see cumul pidgin blo liklik mountain tude apinun…” Matthew was a sullen drunk and he conned me into buying more fuel than we needed, but I was happy to spend the night in his remote village. Over a dinner of sago pancakes and tinpis, he asked me where the black people in London came from. I replied that they came from London. 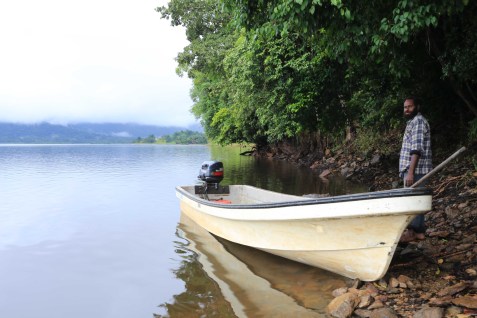 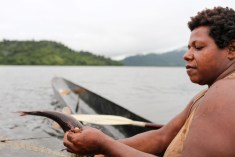 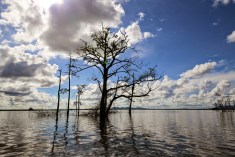 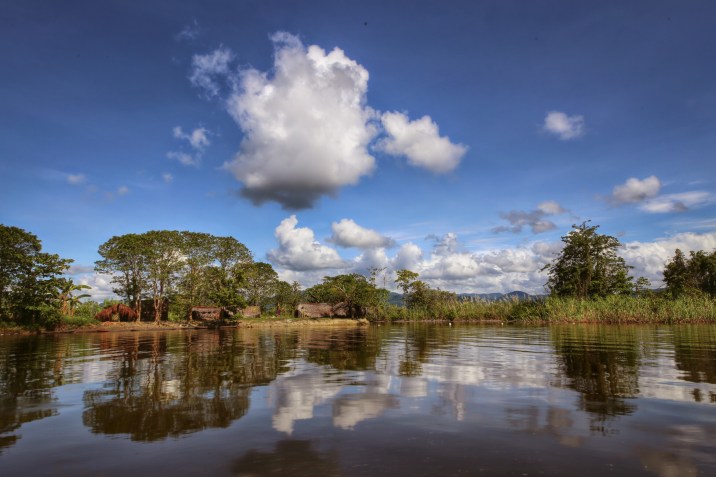 Wagu was a beautiful village, so remote that it made Ambunti seem like a metropolis in comparison. I wandered around the friendly village as the sun set over the Sepik. 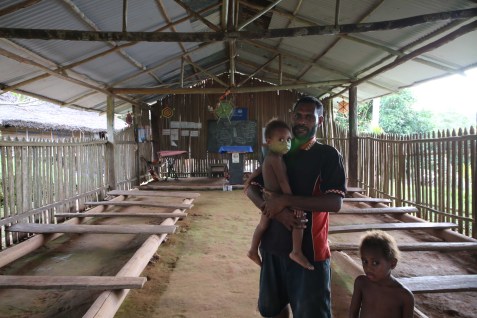 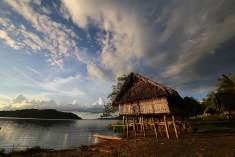 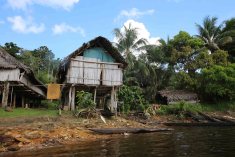 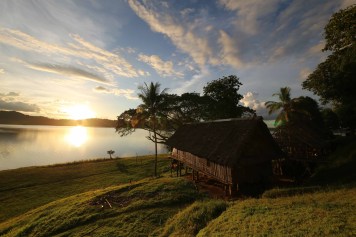 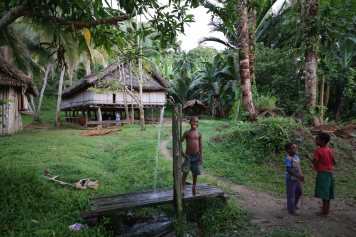 The birds of paradise were magical. In the damp morning we motored through fog into the eery stillness at the back of the lagoon, passing a lady picking river fish from a net. Up a steep path through thick jungle we waited, our hearts beating alongside the muffled flap of wings in the dripping canopy above. Eventually, birds started to settle on the branches: splendid white and yellow feathers flowed down and we darted through the undergrowth spotting marvellous solitary male birds of paradise as they called to females. Even Matthew seemed enchanted. 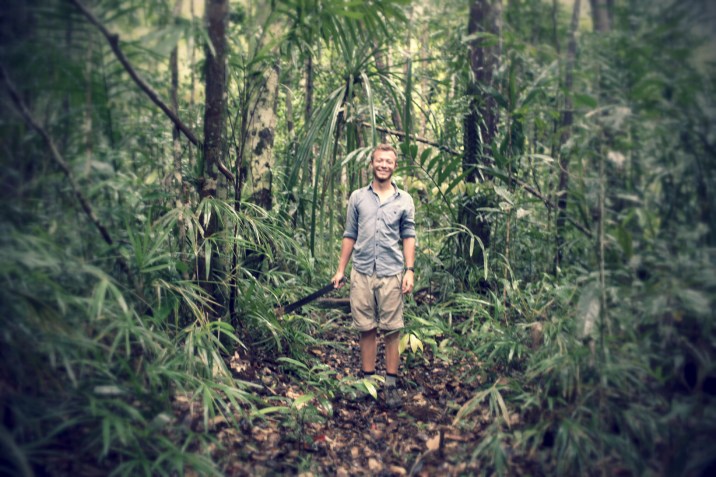 The next day, back with Jerry, he and his wife led me in a midnight convoy to the jetty. Jerry limped through the grass armed with a big bushknife and flashlight while his wife covered the rear. Safely on the jetty, Jerry flipped through an old notepad, calling his wantoks to find a PMV canoe to take me downstream.