Heart of darkness: the River Sepik

Some places make you feel truly alone. Not alone like the claustrophobic, concrete-confined isolation of big cities. But alone in the sense of utter remoteness, glorious freedom and total anonymity, the feeling that you couldn’t possibly be further from home.

Travel, which is nearly always seen as an attempt to escape from the ego, is in my opinion the opposite. Nothing induces concentration or inspires memory like an alien landscape or a foreign culture. It is simply not possible (as romantics think) to lose yourself in an exotic place. Much more likely is an experience of intense nostalgia, a harking back to an earlier stage in your life, or seeing clearly a serious mistake. But this does not happen to the exclusion of the exotic present. What makes the whole experience vivid, and sometimes thrilling, is the juxtaposition of the present and the past – London seen from the heights of Harris Saddle.

Everyone wants to explore the River Sepik. The Sepik is the Heart of Darkness, the primordial jungle where time stands still. It’s a place where journeys are measured in weeks, where the days crawl by like the slow drift of vegetation on the river. Even if you haven’t heard of it, you have been dreaming of the Sepik your whole life. Look down at the rivers and the jungle and know that the view hasn’t changed for centuries.

Somehow I ended up on a nine-hour PMV to a place called Maprik. We reached Maprik but the driver, Nelson, wouldn’t let me out of his sight and insisted that I spend the night with his wantoks. We drove for several more hours as Nelson drunk whisky at the wheel. In the early hours of the morning, we rolled into his village. Nelson wandered into the woods to shout at trees while I crawled into a raised wooden shack and fell asleep. 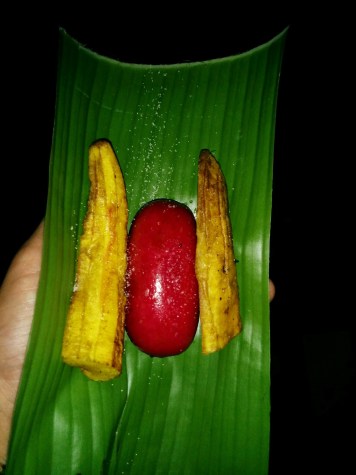 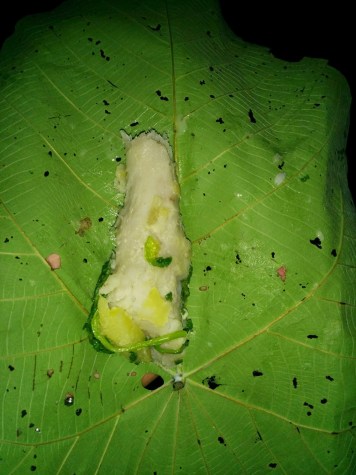 The next morning, I woke to learn that I was in a rather large village called Luwaite in Ambunti-Drekikir District. An old man had prepared for me that PNG delicacy, tinpis on instant noodles, and I sat with him by the fire as half the village assembled to watch me. The old man told me about the first time he had seen an airplane during WWII. For many of the children who crept towards us in the bushes, I was the first waitman they had ever seen. Later, a rather hungover Nelson led me through coffee and vanilla plantations for a glorious shower in a forest stream. He explained that the farms are at the mercy of a greedy trading conglomerate called Papindo. He owned a lorry, though, and was clearly one of the lucky ones. 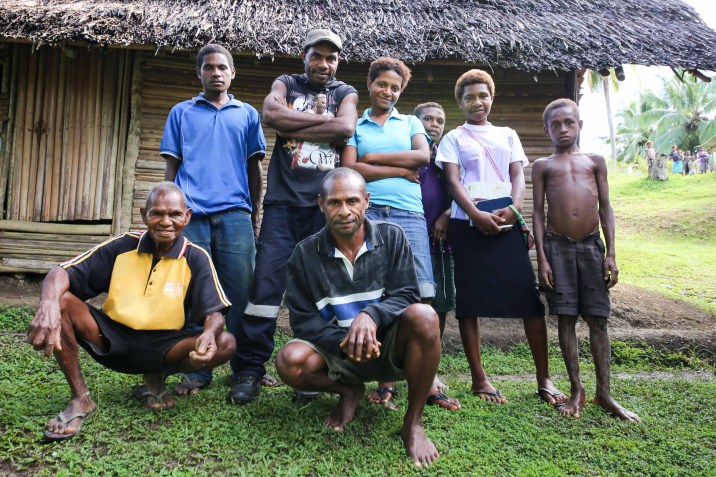 Nelson took me back to Hayfield Junction and, after hitching a few more lifts to Pagwi, I finally reached the Sepik River. The heavy brown waters swept in a gentle curve, steadily carrying logs and plants downstream past muddy banks thick with reeds and bamboo. I met some nurses from a health centre upriver and they invited me to join their boat. There was no sign of life on the banks apart from the occasional wooden dugout gliding silently downriver. 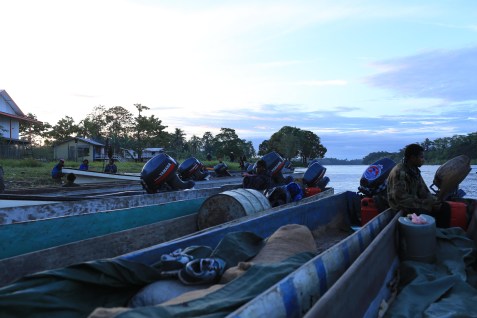 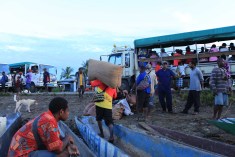 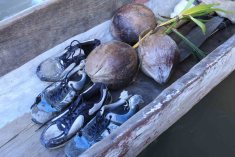 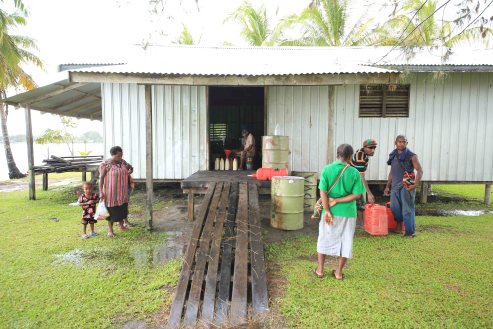 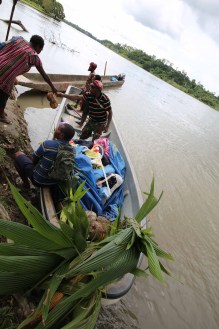 As darkness fell, I reached Ambunti, the largest town in this stretch of the river. There was a sleepy collection of about fifty huts separated by a grass missionary airstrip, all overlooked by a brand new telecoms mast. I stayed with Jerry, a genteel old schoolteacher who runs a guesthouse with his wife. The visitor’s book showed four visits since 2010. 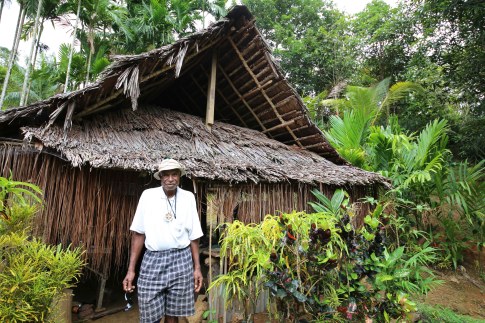 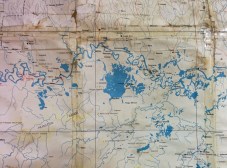 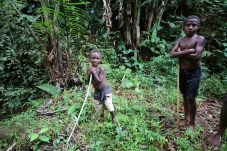 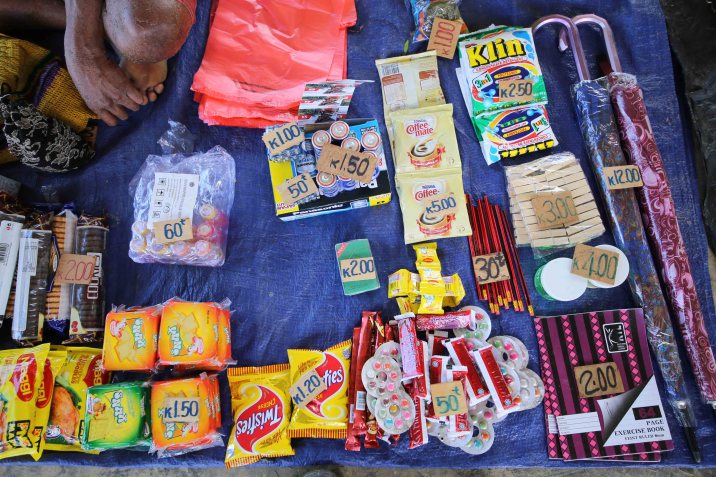