Sing-Sing in the Sepik

On the morning of my stay with Seth and his family in Kandangamun, the Member of Parliament for the local Wasawa-Gawi district was visiting from Port Moresby for a grand sing-sing in celebration of the opening of a new rainwater catchment system in neighbouring Pallembei. Seth’s uncle was well respected in both villages, so he led a delegation in his brother’s boat and I tagged along. 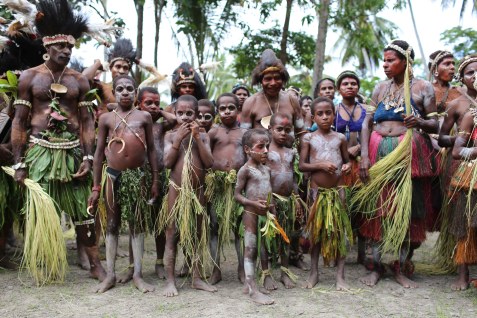 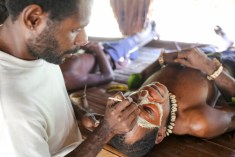 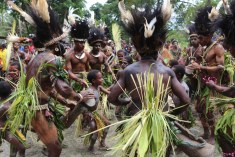 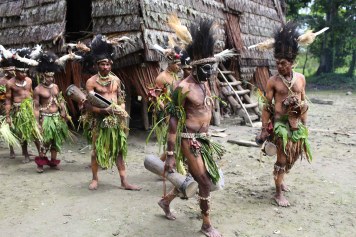 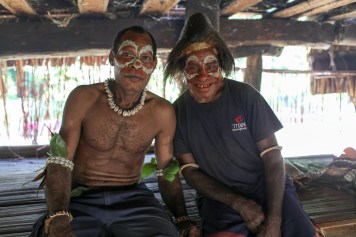 A century ago, most of Papua lived in the Stone Age and cannibalism was common. When missionaries and militaries arrived at the coasts and Pidgin spread through the country, the cannibals became known as kaikai men. Eventually, PNG was thrust into the modern world and cannibalism was forgotten. But the same Pidgin phrase has come to describe a new threat: politicians. It is difficult to tell whether PNG’s twenty-first century leaders, a sorry succession of Australian puppets and corrupt industrialists, are any more morally enlightened than the old cannibals – but at least they have the missionaries on their side.

Nothing it seems to me is more difficult than to explain to a cannibal why he should give up human flesh. He immediately asks, “Why mustn’t I eat it?” And I have never yet been able to find an answer to that question beyond the somewhat unsatisfactory one, “Because you mustn’t.”

When we reached Pallembei, crowds were already gathering for the sing-sing. In the spirit house, sunlight filtering through the walls to cast dappled light on the blackened wood, men lay down, separated by clan, to have their faces painted. Some smeared their bodies in red clay, some in black; others wore shell ornaments or huge feathered hats. Soon they marched out into a clearing, stepping to the rapid, throbbing beat of two hollow tree-trunk garamut drums beaten with wooden clubs. 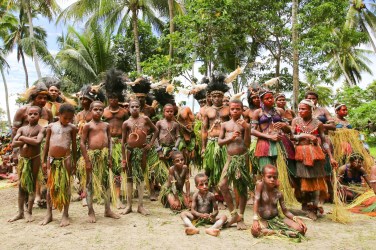 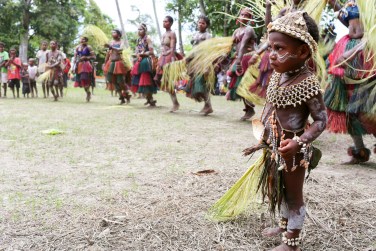 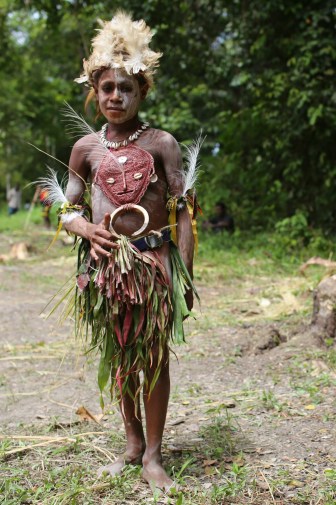 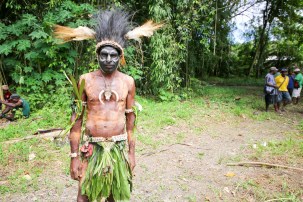 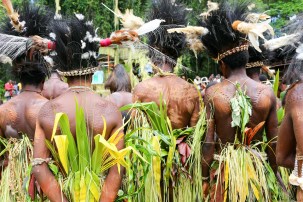 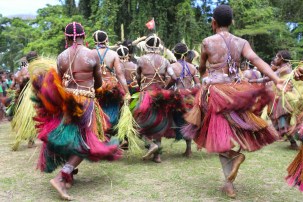 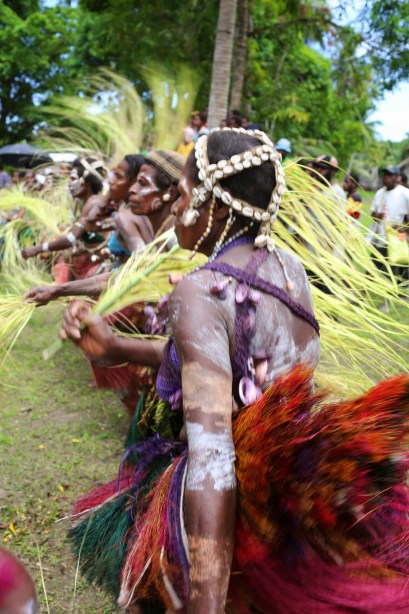 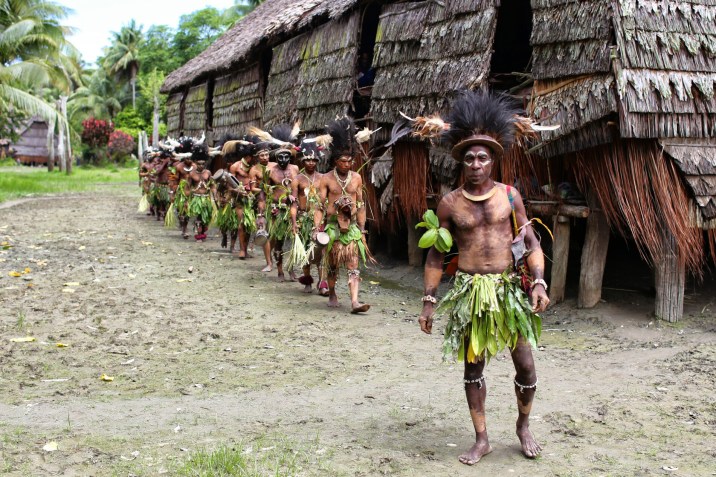 Between rounds of dancing and singing, the visiting MP did what politicians do best. Having cut the ribbon on the new water tank, he launched into an interminable speech, half in Tok Pisin, half in English. People began to mutter and wander over to the other side of the village where a scuffle had broken out. Somehow, the collision of modern Moresby politics and village life seemed an uneasy one. 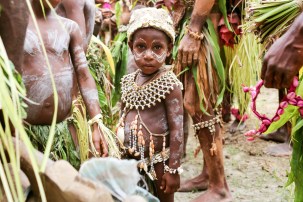 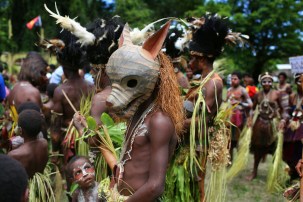 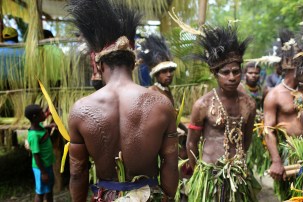 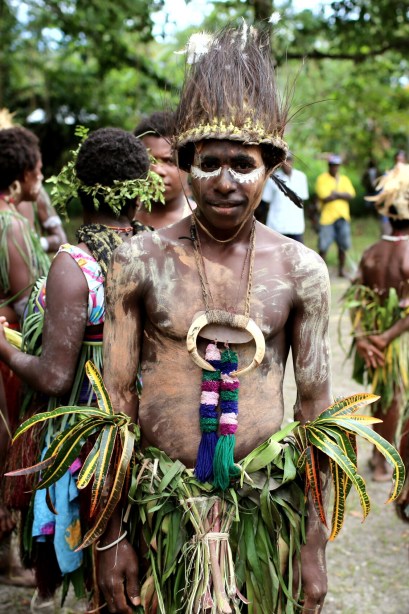 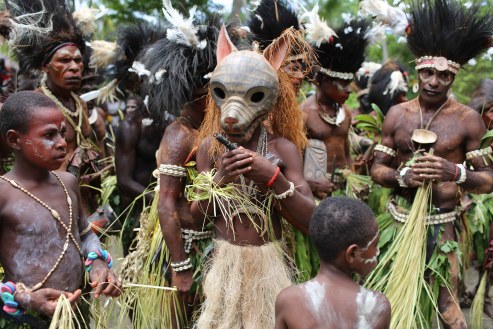 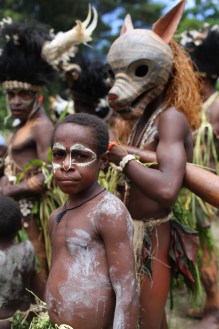 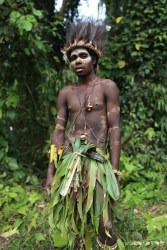 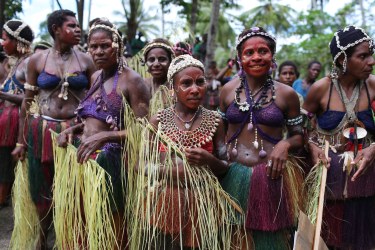 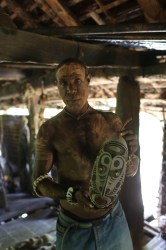